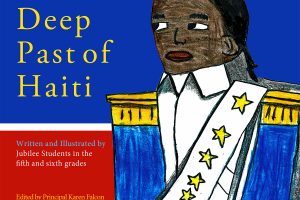 Summer Program 2022
Discovering the Magic of the Elements: Earth, Fire Wind,...
4th and 5th Grade Go to Maine!
Written by Layla Carter, kindergarten teacher Eight of our 4th and 5th graders traveled to...
“Journey to the Core of the Twentieth Century”
Written by Karen Falcon, 4th grade teacher In 4th grade history we began the year with...