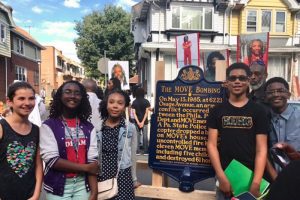 The Songs of The Children movement began in 2015. Formed by both current Jubilee students, as well as alumni, the group is a continuation of student activism in response to social injustices. They decided to call their campaign “Songs of the Children: An Album of Voices for Justice” because poetry, among other art-forms, will be […]